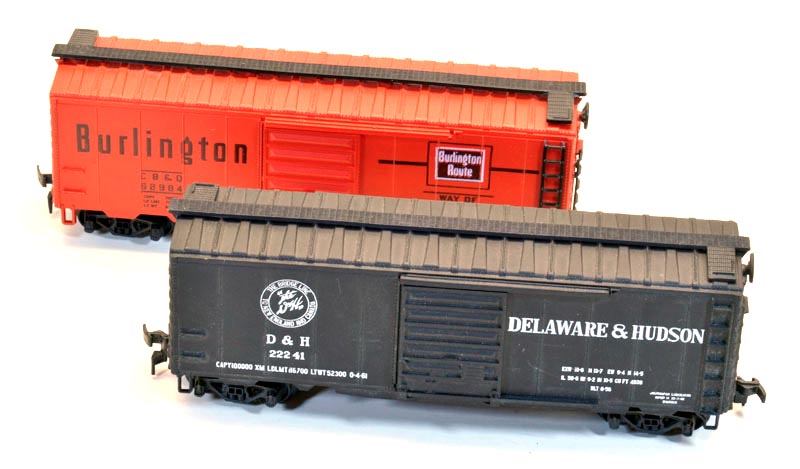 While most HO-scale model train lines featured a version of the general service 40-foot box car, few had the variations presented by AHM. Over the company’s years in the hobby, AHM imported HO-scale 40-foot box car models from many sources. The examples found on this page are Roco-produced examples from Austria. The prototype for the model is Pullman-Standards PS-1. The quality of the work and its accuracy are quite good, considering the first release of this model dates to 1961.

At least two versions of the tooling exist. One example presents the car with ladders cast-on the box car shell; the other has separately applied ladders. To my knowledge, separate ladders are always presented in raw black plastic and never painted to match the car’s decoration. On either version, the door is a working sliding door riding on separately applied rails. Brakewheel and running boards are separate on both versions too. It is my understanding, separately applied ladders may appear with a 1972 import of this model from Roco.

Beyond AHM, this tooling or a very similar version has been marketed in North America by Con-Cor in the late 1980s to early 1990s. I believe a variation on this tooling is also found at least once in the Model Power catalog around 1980. 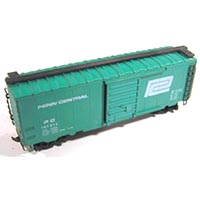