The 50-foot plug-door boxcar is a common freight car type found in many HO-scale train lines. Reviewing AHM’s examples offered over the years shows variations in tooling among the models sold and in general this model wasn’t common for the line until a Kader-made run appeared in the late 1970s. AHM’s 1979 Christmas Car and the cars carrying the 12000-series numbering all feature squared stirrup steps and other details that mirror examples found in Bachmann’s releases. The mentioned holiday car and the 12000-series cars were made in Taiwan for AHM at a plant no longer in the Kader family.

AHM’s promotional Hood, Keebler, red-roof Kellogg’s Frosted Flakes, and Woolworth cars all share a similar design. These cars are Austrian made by Roco. Note however a variation, the red-roof Kellogg’s Frosted Flakes has no slots in the shell along the sill for the underframe to snap in place. Though a very common car in many lines, no known general release for the Austrian-made 50-foot Plug-Door Boxcar is known in AHM’s line. The car was only found in promotional sets. 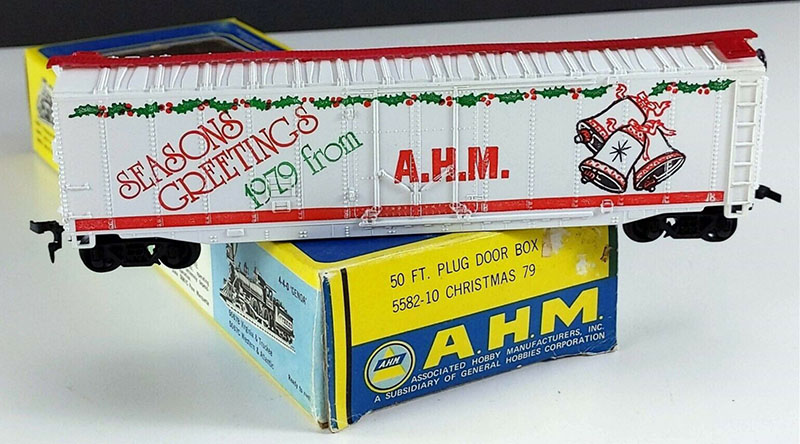 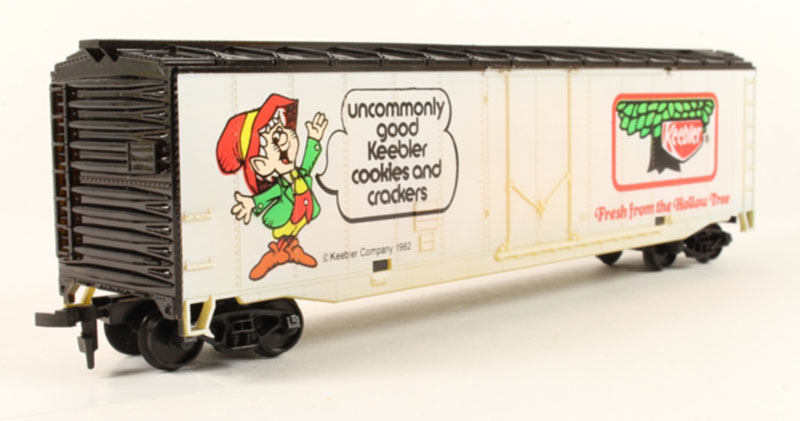 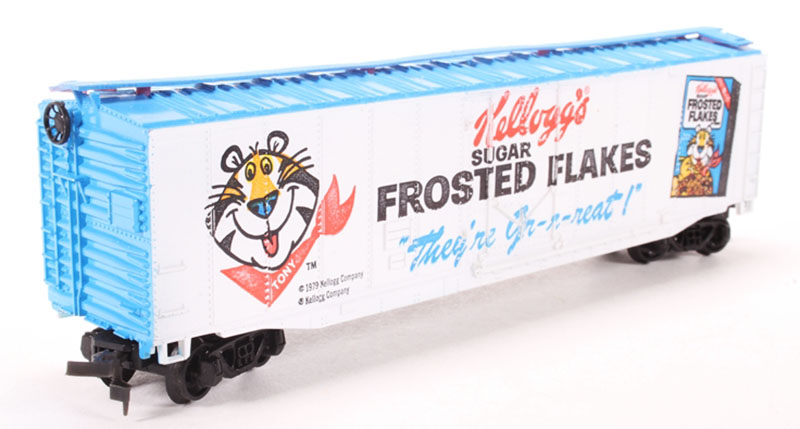