The “Branch-Line” or BL2 from AHM is among the company’s earliest offerings. As such, it does suffer from some degree of crudity. The unit rides on the truck used for the Fairbanks-Morse C-Liner, rather than the prototypical EMD Blomberg truck. The model also lacks steps on the cab doors. Possibly its most distinguishing feature may be its slightly overweight appearance. The AHM BL2 appears to be a bit wider and bigger than it should be at 1:87th actual scale.

The early road names for this model included: Chesapeake & Ohio, Missouri Pacific, Western Maryland, and Monon. In the 1967-68 AHM Catalog, the BL2 has a $8.95 retail price. AHM offered its BL2 as a powered and also a non-powered model. Adding a “D” to the model’s stock number was the designation for non-powered examples.

AHM sold the BL2 in pairs (one powered and one non-powered) for a time in the 1970s and into the 1980s. A BL2 pair is seen in the Chicago & Eastern Illinois set seen above. As was typical of models of this period, both BL2 models carried the same roadnumber. Beyond AHM’s offering of this Yugoslovian-made BL2, no other U.S. hobby company has imported this version. The AHM model survives just into the 1980s.

Plans for the EMD BL2 diesel are included in the June 1962 issue of Model Railroader magazine. The prototypes were built by EMD over the course of little more than a year in 1948-1949. Original buyers for this odd diesel included: Bangor & Aroostock, Boston & Maine, C&O, Chicago & Eastern Illinois, Florida East Coast, Missouri Pacific, Monon, Rock Island, and Western Maryland. AHM did a very good job of covering most all the owners in its 1/87th-sized offering. 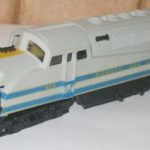 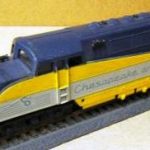 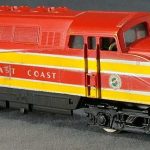 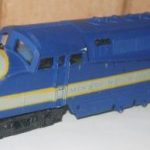 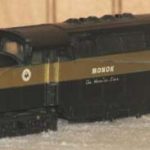 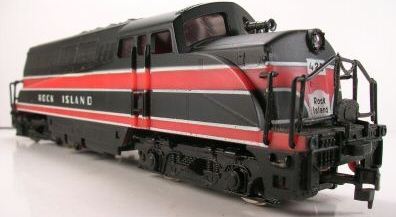 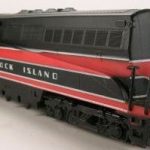