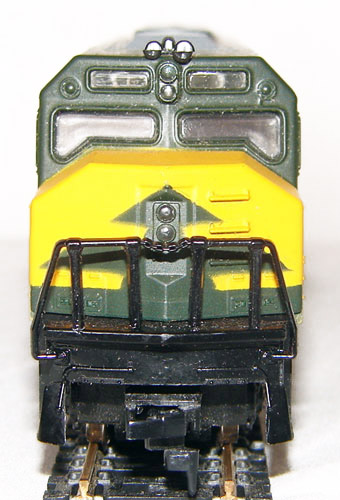 AHM’s initial FP45 diesel offering came from Lima in Italy. The model differs greatly from AHM’s second FP45 diesel release. The Lima-made FP45 features full-detailed front-and-rear pilots, unlike the later FP45. To make this long diesel navigate a desired 18-inch radius curve, the design includes the pilots as part of the trucks and those pilots swing in unison with truck movement. The engine’s steps coming down from the cab are molded on the truck sideframe. AHM’s short-lived N-scale line of the early 1970s included a Lima-made FP45 among its diesel releases.
In addition to its appearance with AHM, you’ll find Lima’s FP45 sold in North America by Model Power’s PMI brand beginning in late 1974. PMI offered the same three road names AHM presented (Burlington Northern, Canadian National, and Santa Fe),  as well as Penn Central and Spirit of ’76. Charles Merzbach’s Charmerz line in 1973 also imported Lima FP45s (Penn Central and Santa Fe). Collectors of this FP45 should also seek out examples in Lima packaging that include a VIA Canada offering.

The only road name to cross between the Lima-made FP45 and the later Mehano model is Santa Fe. AHM apparently had both FP45s available for a time in the mid-1970s, as at least one price list includes reference to both 5174 stock numbered examples from Italy and 5150 stock numbered Yugoslavian-made FP45s. The retail on AHM’s Lima-made model was $16.98 and it appears to have been offered only as a powered example. Perhaps to differentiate its FP45s, you’ll find the Lima versions noted by AHM as “FP45C” models, which is nomenclature that is not applied to the prototype.

Only AHM’s Santa Fe FP45 model had a 1:1-scale counterpart. Original buyers for the late 1960s EMD 3,600-hp FP45 included Santa Fe and The Milwaukee Road. This second FP45 model released by AHM is distinguished from the earlier Lima FP45 by its open front-and-rear pilots, which are part of the plastic shell and not part of the truck, as done for the company’s initial FP45 model. 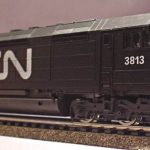 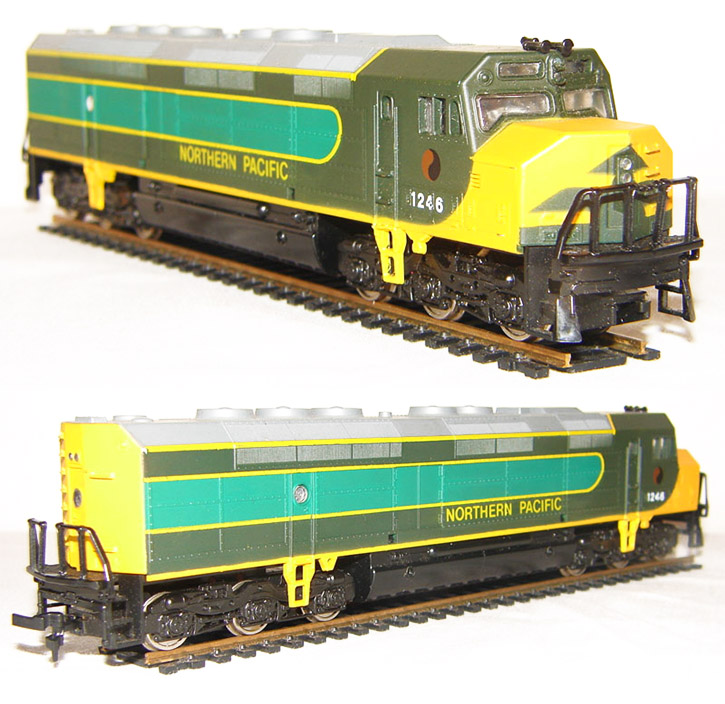 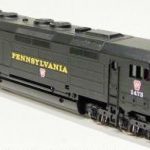 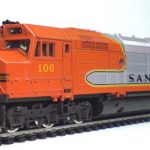