AHM displayed an HO-scale sample of EMD’s 1,800-hp GP18 at the 1974 Chicago Hobby Show. The model’s frame includes hand railing with design similar to other European-made models of this period. The upper structure is a single plastic shell that features the long and short hoods and cab section of the GP18. It was a rare example in its day of a plastic Geep model that had close to scale-width hood. Following AHM’s offering of this model, Bachmann imports this same GP18 to market in train sets in the late 1980s and early 1990s. IHC Hobby imported the Mehano-made GP18 in the 1990s to North American hobbyists. Outside the U.S., Mehano-boxed examples of the GP18 are available. Mehano of Slovenia is the maker of the model today, AHM’s GP18 offerings came from the same source, but the country of origin was Yugoslavia when AHM was in business. Yugoslavia is today Slovenia.

The GP18 was built by General Motors’ Electro-Motive Division (EMD) between 1959 and 1963. Production of EMD’s GP18 is divided up by rail historians into two distinct phases. AHM’s GP18 includes flat-top fans found on Phase II models built after 1962, but its fuel and air tank arrangement reflects earlier Phase I offerings. The skirting over the fuel and air tanks does not resemble any GP18 design exactly, but is perhaps more representative of an early production example of this prototype. The long hood is missing a set of louvers that should reside on the last access door before the end of the unit, below the radiator grilles. 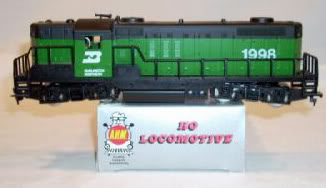 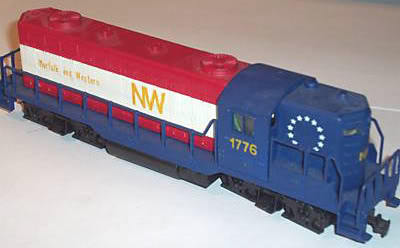 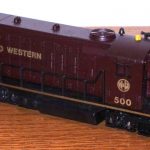 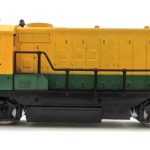 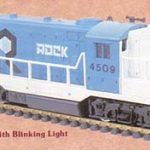 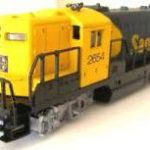 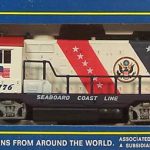