An early 1960s offering from AHM was this Jumpin’ GI Jeep (No. 59361) train set. AHM’s military items are favorites with collectors and this train set provided two 50-foot heavy-duty flatcars, with three-axle Buckeye trucks, each carrying a pair of plastic U.S. Army tanks. A standard cupola steel caboose, illustrated in New Haven livery, was also part of this set, as was a circle of 18-inch radius track. 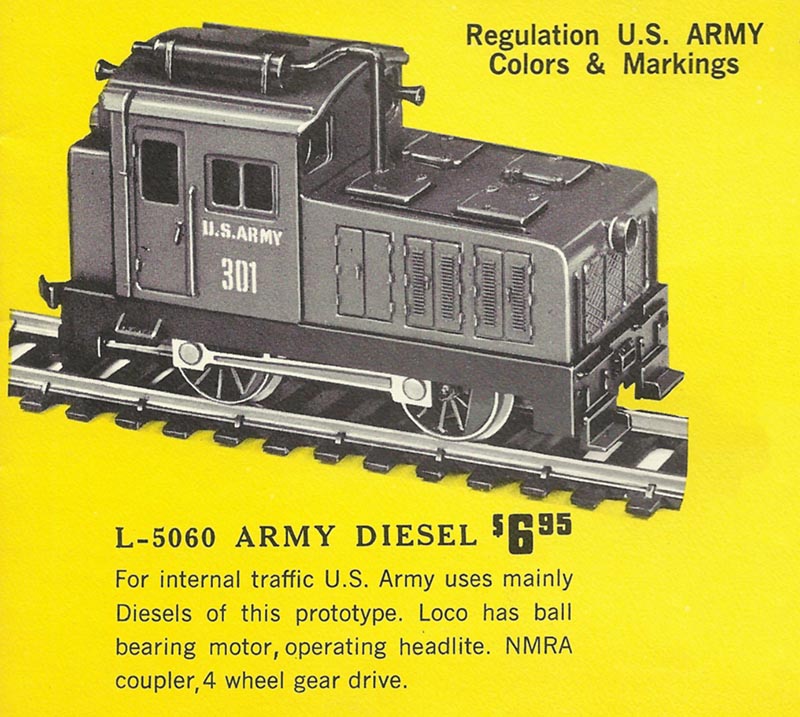 The really interesting item in AHM’s Jumpin’ GI Jeep set is its power. The small two-axle side-rod diesel locomotive model was an early motive power selection that didn’t stay in AHM’s line for long. At the time this little powered Army Diesel (No. L-5060, MSRP: $6.95 in 1963) was cataloged, the Fairbanks-Morse C-Liner diesel model was announced and on its way for July 1963 delivery and the EMD BL2 diesel was due in October 1963. Those two early 1960s AHM diesels retailed for $8.95 each and came originally in powered versions.