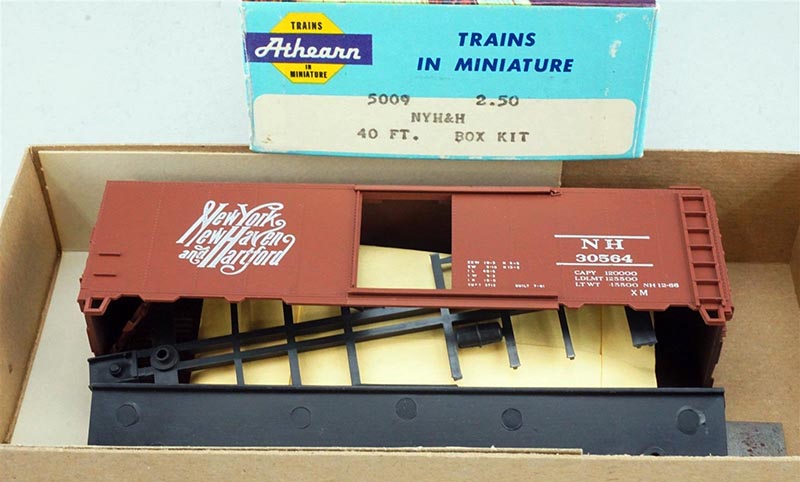 The Athearn 40-foot AAR boxcar kit was first released in 1957, and was designed to be assembled in a matter of minutes. This basic mid-century design was produced for more than 50 years before production ended in 2009.

The first road names offered for the 40-foot box car model are: Burlington, Chicago & North Western, Lackawanna, and Union Pacific. Steel roofwalks and Youngstown-style ribbed doors were included in the kits. The fully decorated 40-footers sold in kit versions for $1.29 and were also sold ready to run for $1.98 each.

Over the years this boxcar would be released in a variety of roadnames. Third-party vendors like Bev-Bel would also release this car in specialty roadnames not offered by Athearn. Athearn would also produce custom-decorated cars for various private clients, though not offered as catalogued products. Production of this popular kit ended in 2009. 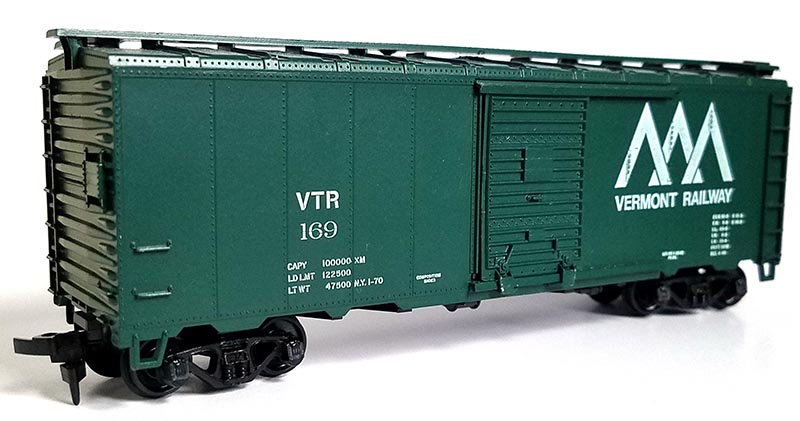 Athearn produced custom-decorated cars for special orders. While not catalogued by Athearn, many of these cars are very collectible.

This car was produced to celebrate the 50th anniversary of Model Railroader magazine. The car was offered for sale through ads placed in the magazine directly from Kalmbach Publishing. The car is lettered for the Milwaukee, Racine & Troy, the club layout maintained by the MR staff. Examples are very common and can usually be found at swap meets on a regular basis.