Introduced in 1967, American Train & Track (AT&T) offered HO-scale freight car selections imported from Austria to North America. These Roco-made freight car models saw inclusion in other hobby company catalogs, including AHM, Model Power, and others. This all-steel prototype boxcar originally came from Rivarossi in Italy, Roco produced a version very similar and that is the version sold by AT&T. This boxcar enjoyed the largest collection of road names of any of the HO-scale offerings from American Train & Track. As you survey the road names, you’ll find some duplication in the use of 400-series stock numbering. This model consists of a plastic body shell with separate doors and upper and lower rails for the door. Those items generally appear in the same matching hue. Separately applied ladders, brake wheel, and running boards are black molded plastic additions to the boxcar body. The plastic underframe includes a metal weight. The frame snaps on the body and the ends of the boxcar. Friction trucks include X2f couplers. 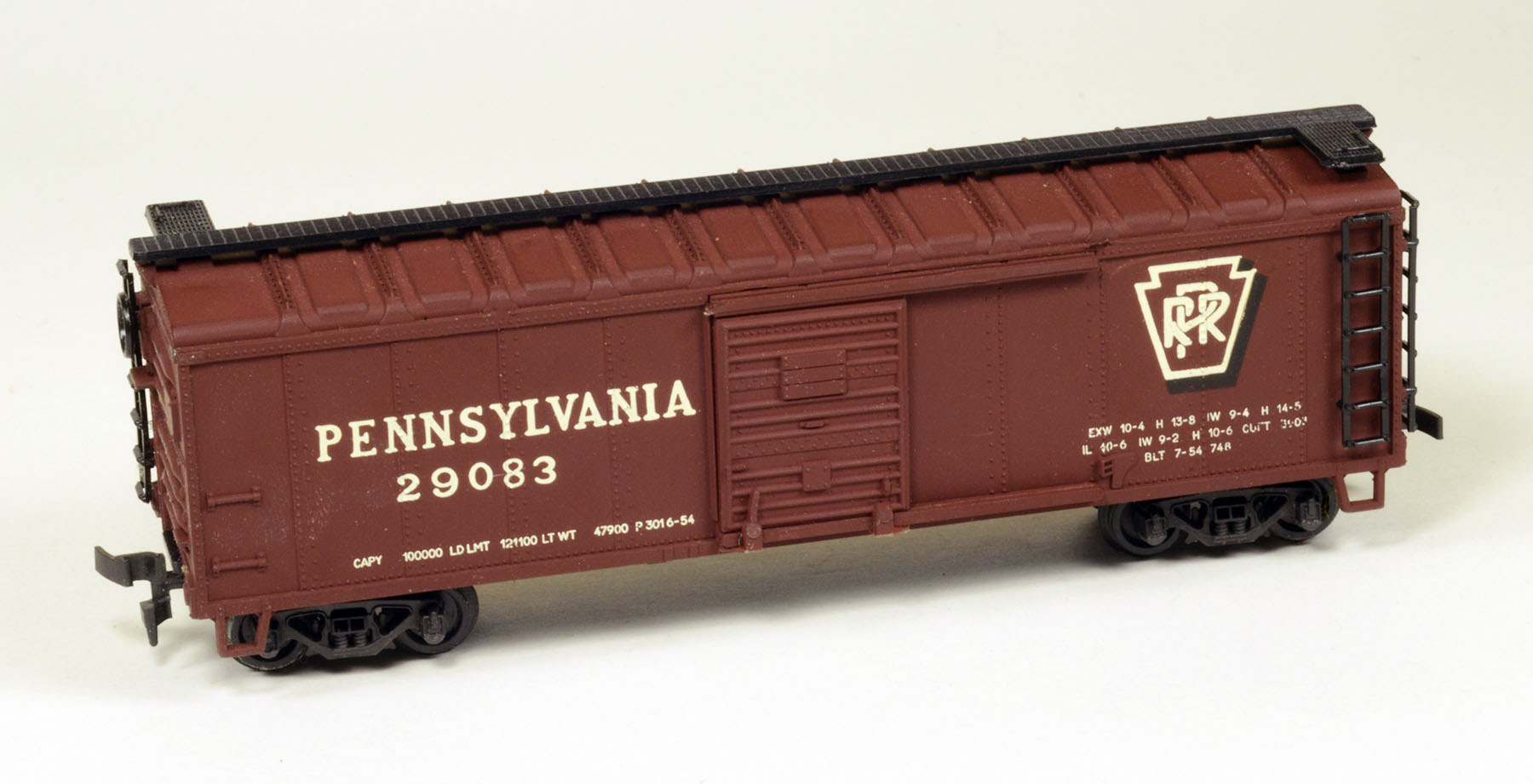