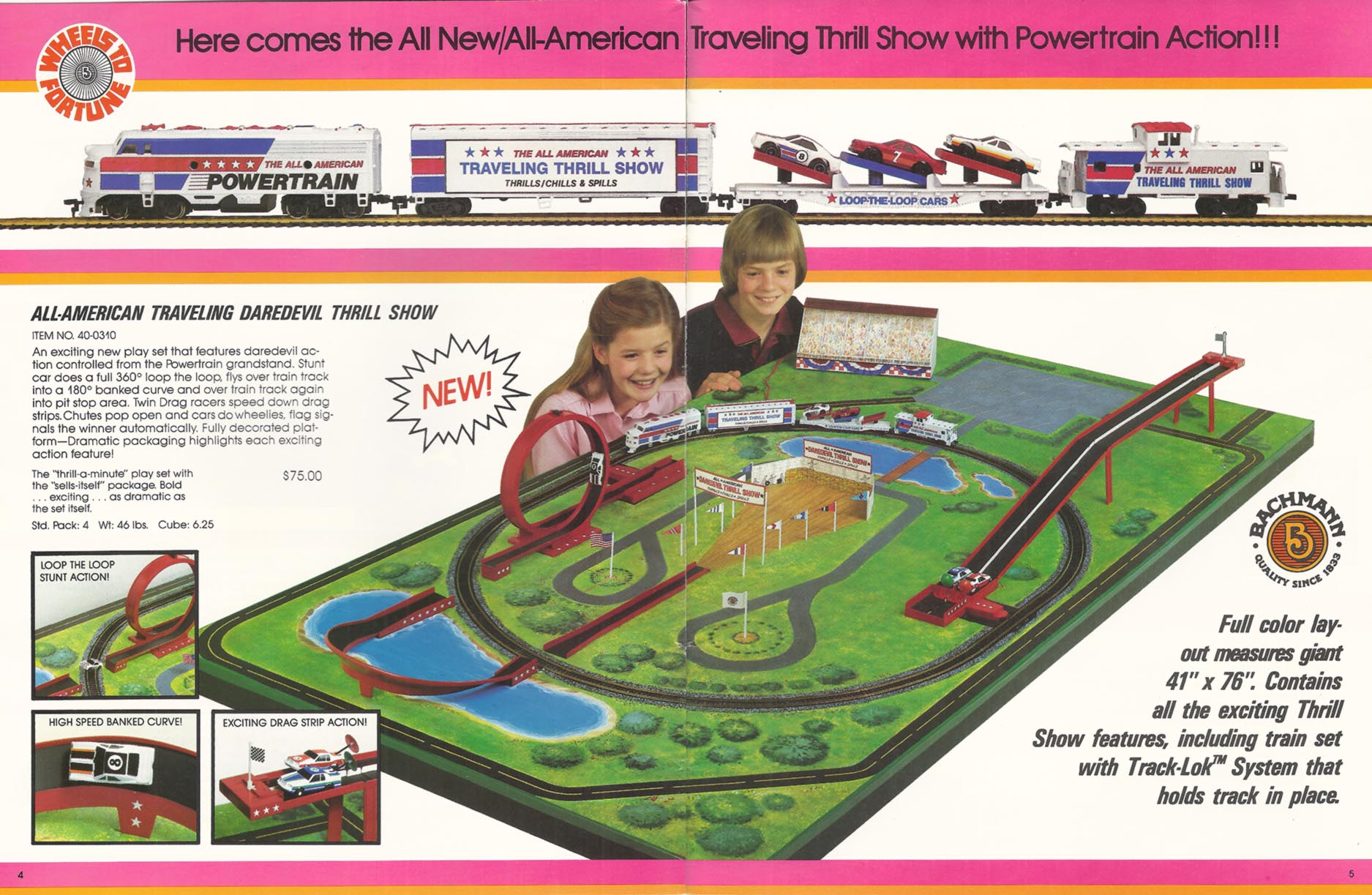 Bachmann’s All-American Traveling Daredevil Thrill Show (40-0310) train set enjoyed a two-year run (1985-1986) in the company’s catalogs. This curious mix of model railroading and automobiles was in the same vein as a Cox train set effort of the mid-1970s and both are rather unique. There are plenty of slot car/model train combination sets, but Bachmann’s mid-1980s release includes an automobile component closer to Matchbox or Hot Wheels play sets.

The model railroad parts of this $75 (retail in 1985) set included a basic oval of track with power pack providing a layout and power source for the supplied specially decorated F9A diesel locomotive, 50-foot mechanical refrigerator car, 50-foot flatcar, and wide-vision caboose. The flatcar base was Bachmann’s standard plastic model, but is was provided with three elevated platforms to hold and display the three vehicles provided with this set.

The automobiles presented in Bachmann’s catalog images appear to reproduce Ford’s “Aerobird” Thunderbird of the mid-1980s. However, I don’t have a sample of this set… yet… to confirm the thrill show and layout base parts of this neat offering.