This train set was among the last Varney-branded HO train items and went on to serve Life-Like in the early 1970s. The Big Hook Crane & Circus Set (stock number #1P5 in 1970) provided examples of the newest HO diesel locomotive model in Life-Like’s line in 1970 and included examples of the most exciting rolling stock selections inhabiting the company’s catalog at the time.

The only caboose in the line in 1970 was the center-cupola Northeastern-style and it was provided in the set, though illustrations suggest road names for the locomotive and this caboose did not necessarily match. The set included Life-Like signs and additional details, as well as a dump truck in early images of this set. Included in the set was track and power pack. Life-Like shows a $35 retail in 1970 and the number for this set changes to T449 in 1971. The blue-and-gray Delaware & Hudson RS-11 is included as an available road name for the Big Hook set by 1972. The set is absent Life-Like catalogs around 1974. 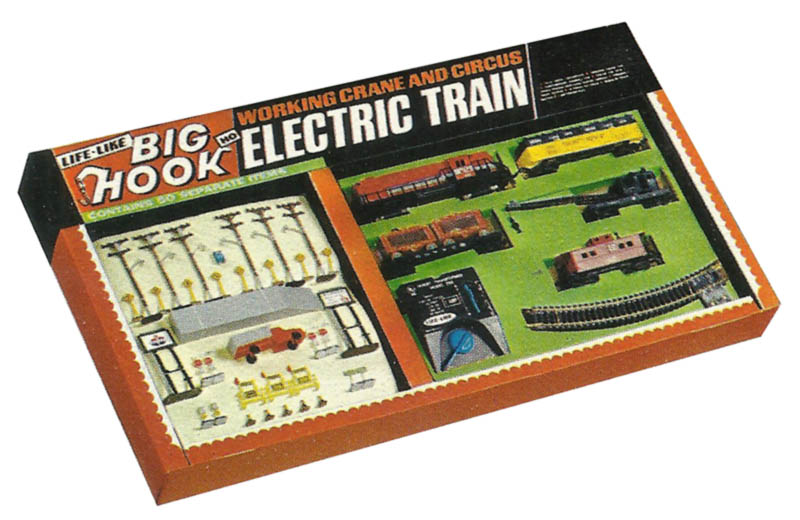