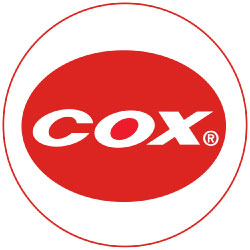 Founded as the The L.M. Cox Manufacturing Co. in 1945 by Roy Cox, the company’s first product was a wooden pop-gun produced on a small scale in his California garage. When wartime material restrictions were lifted, Cox turned his attention to developing small nitro and gasoline motors for model cars and planes. the company enjoyed moderate success and opened a new dedicated factory in Santa Ana, Calif., in 1963. At the time, the Cox line of hobby products included model aircraft, slot cars, and model rockets. Roy Cox retired in 1969 and sold the company to Leisure Dynamics.

In the early 1970s, Cox began offering a line of ready-to-run HO-scale model trains. Full-page ads for the product line were first found in 1971 issues of Model Railroader and Railroad Model Craftsman magazines. The initial group of trains are blue and later yellow boxed items that were produced for Cox by Athearn Trains of California. Athearn was a well-known and respected player in the HO-scale model train market. Prior to producing trains for Cox to sell, Athearn had produced trains for Lionel’s first round of HO-scale trains in the late 1950s and early 1960s. Not long after producing trains for Cox, Athearn supplied freight cars for Atlas to sell with its Roco-made diesel locomotives in train sets in the late 1970s. The first Athearn-made Cox items are generally right off the shelf examples taken directly from the existing Athearn catalog of products. See the section of this site concerning Athearn-produced Cox trains for more information. 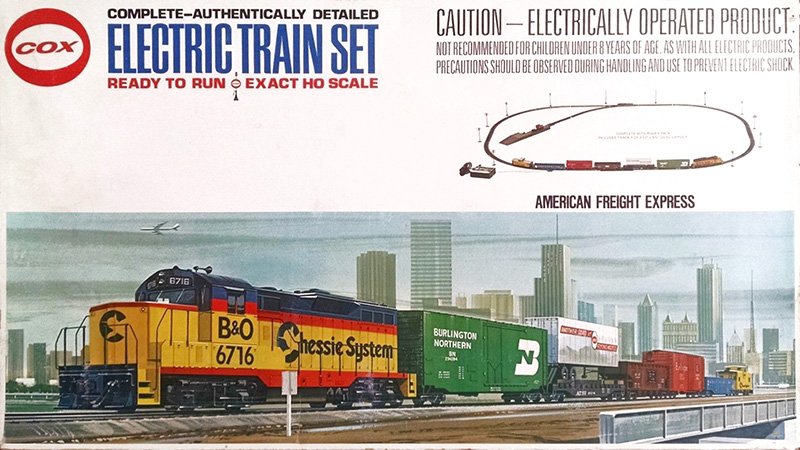 The final Cox catalog to include HO-scale Trains was the company’s 1977 edition. From viewing the pages devoted to trains, one can see the shrinking variety of items when compared to the 1975 and 1976 catalog listings.

The April 1978 issue of Model Railroader magazine reported on the 41st Annual Hobby Industry of America Trade Show. Among MR’s notes regarding Model Power’s new items for ’78 is a mention that Model Power had purchased the Cox HO scale train line and its accessories. The report adds that Model Power has stated it will be marketing the former Cox items with new road names and paint schemes in the near future. In addition to Model Power, former Cox items have turned up in the AHM product line of the early 1980s and later in Walthers’ Trainline products of the 1990s and now.

Meanwhile, parent company Leisure Dyamics entered bankruptcy in 1983. The Cox company was spun off to private owners in 1984, and was later purchased by Estes Industries in 1996. Legacy model airplane products were spun off to a new company called Cox International. Estes-Cox was purchased by Hobbico in 2010, and currently has no connection to the model train industry.

Cox® is a trademark of Estes-Cox Corp., a subsidiary of Hobbico, Inc.