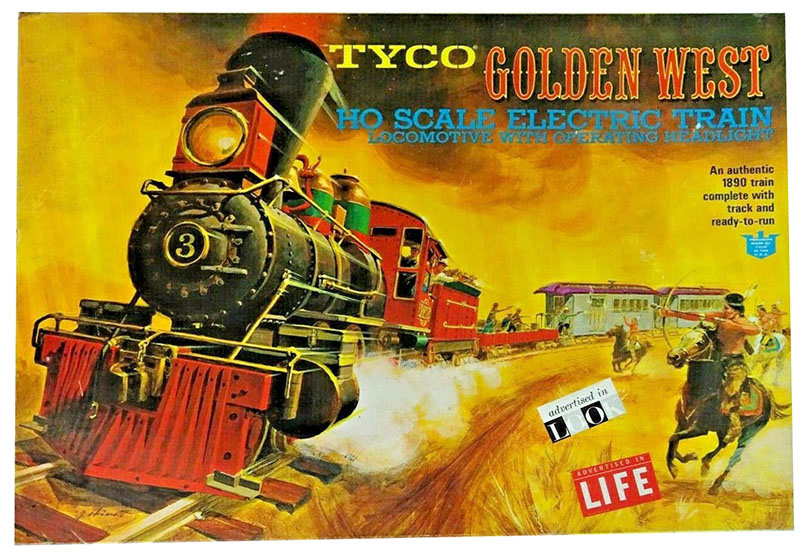 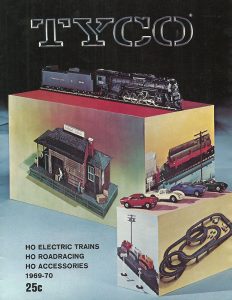 TYCO’s line of 1860- and 1890-era releases saw great utility during the 1960s with U.S. Civil War-themed sets offered in the early part of the decade, TV show-themed sets followed in the mid-1960s, and by the late 1960s, the train set remained in modest quantity in the line. New for 1969-70’s catalog was TYCO’s “Golden West” train set. Just two years prior in the company’s 1967-68 catalog, you’d find “The Disneylander,” “The Iron Horse,” and “The Petticoat Junction.” All three of those sets mixed the 1890 “Ten Wheeler” 4-6-0 steam locomotive and passenger cars (1890 Clerestory combine and coach) with 1860 water car, horse car, and platform car models in train sets promoting Walt Disney’s Southern California theme park and television series (then airing on NBC), CBS-TV’s “Petticoat Junction” series, and ABC-TV’s “The Iron Horse.” By 1968-69’s annual catalog, only “The Iron Horse” set (T6807 without power pack and T6827 with TYCO-PAK power) survived. 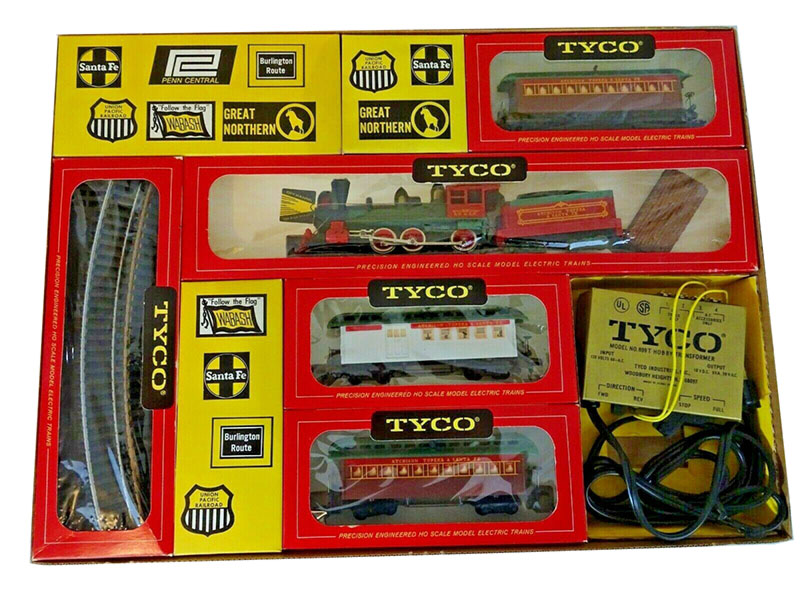 For its 50th anniversary catalog in 1976, TYCO again includes “The Golden West” (7321) and finds a place in the hobby company’s annual catalogs through 1979. While TYCO no longer features the 1860 and 1890 models beginning with its 1980 catalog, these offerings did see a return to the market via the second generation Mantua offerings that first arrive in the late 1970s.