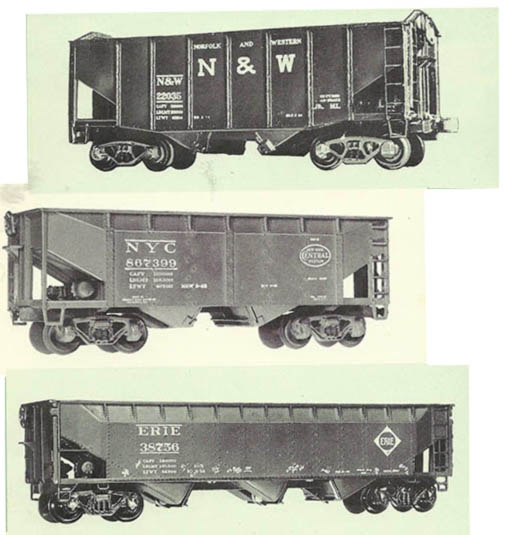 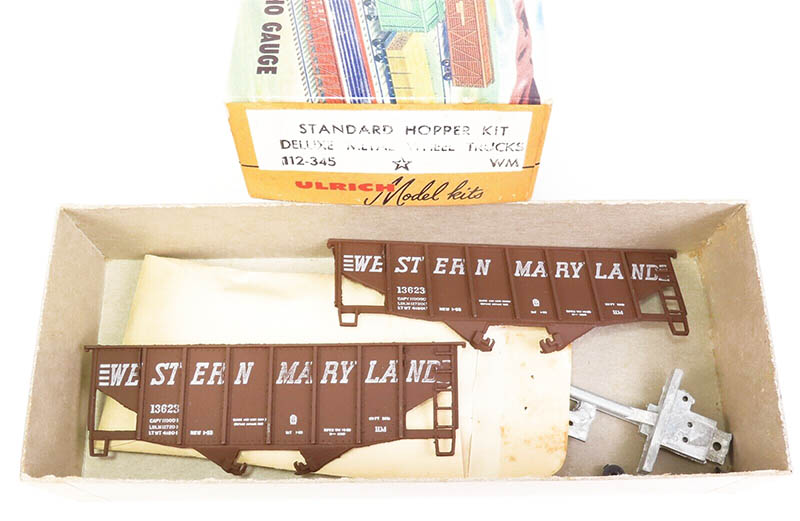 The most prolific freight car type in Ulrich’s line was the open hopper. The first release, a two-bay rib-side car in 1948, was the company’s third car kit offered after the Track Cleaner Car and Composite Gondola. Ulrich produced variations for its two-bay hopper car that included peaked ends on select road names and later an offset-side version (debuting in 1951). Ulrich returned to hopper cars in 1957 with a three-bay, offset-side model. This bigger car, approximately 40-foot, reproduced a 70-ton prototype. The two earlier two-bay hoppers were shorter and represented 55-ton examples. The three-bay served with Ulrich’s elevated unloading ramp accessory.

The rid-side, two-bay hopper car model was offered in five road names in the 1950s, which included Reading (SH1), Lehigh Valley (SH2), Western Maryland (SH3), Pennsylvania Railroad (SH4), and Norfolk & Western (SH5). The Norfolk & Western example differed from the others in the collection as it came with peaked end sections. 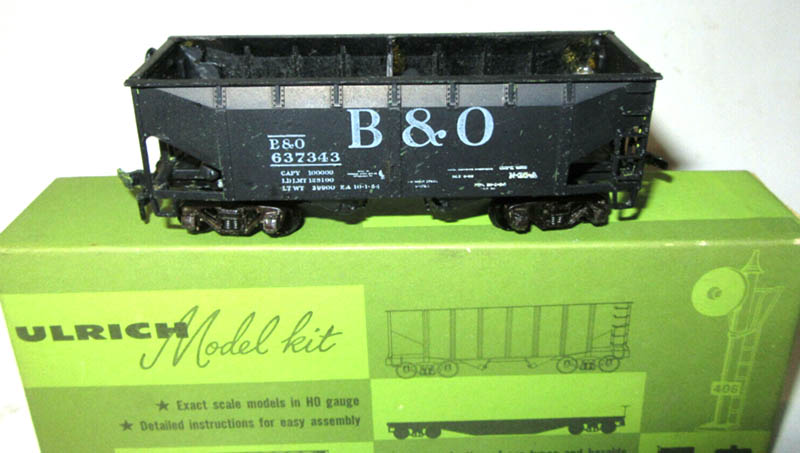 ABOVE: Another two-bay hopper in the line was this offset-side example.

ABOVE: This three-bay, offset-side hopper car was Ulrich’s biggest example of this type of freight car and reproduced a 70-ton prototype. 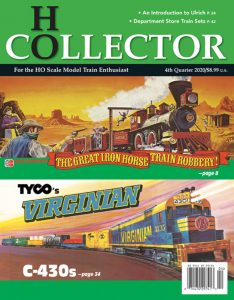 For more on Ulrich, check out HO Collector‘s 4th Quarter 2020 edition and the article, “An Introduction to Ulrich” by Tony Cook. You can purchase individual issues of HO Collector and other White River Productions’ magazines and books by visiting your local hobby dealer or going to the publisher’s website.