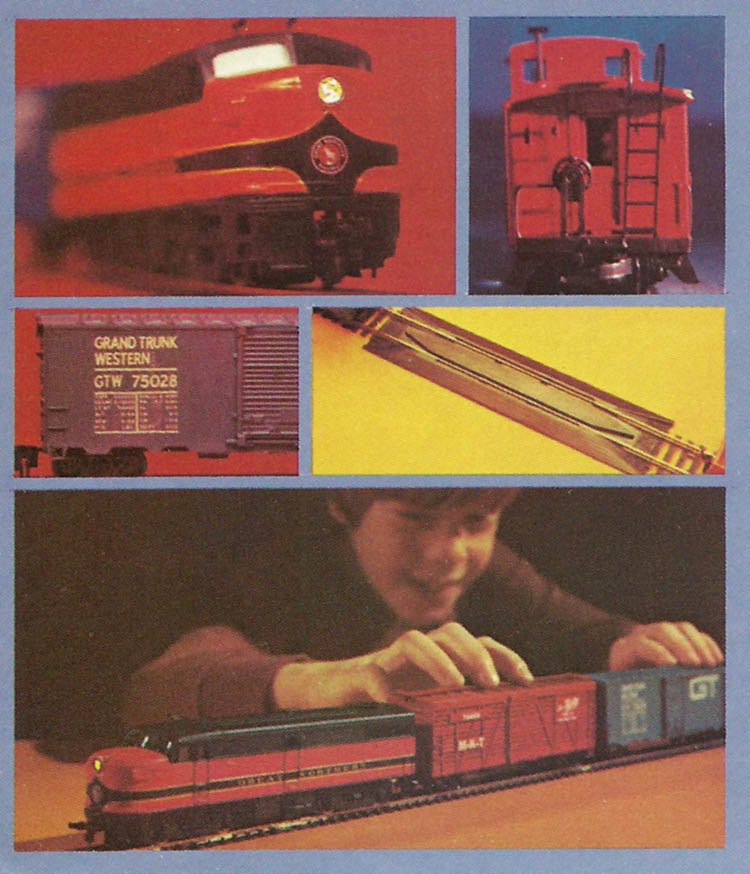 The 1975 catalog presents separate sale diesel locomotive models promoted as “Double-Drive Diesels.” The train set FA-1s remained the red-and-silver Santa Fe and this Great Northern example dressed in the road’s “Empire Builder” colors. New for 1975, Lionel shows an FA-1 on the point of its more basic “American Freedom Train” (No. 5-2587). Those diesel models are not listed among separate sale releases. The collection of FA-1s shows Amtrak (No. 5-5507) decorated in the service’s Phase I scheme with red nose and large red-and-blue herald on its side, Rock Island (No. 5-5505) in red with yellow nose, and Southern Pacific (No. 5-5509) in “Daylight” scheme.