Among Mantua’s late 1970s models included in its initial offerings as the company brought its name back to the hobby after an absence of several years, were 15 steam locomotives.

The first production for the new Mantua for its Pony & Tender 0-4-0 steam locomotive appears to conclude in the early 1980s with the offering absent beginning in 1983 through 1986. Carrying the same 305-series numbering Mantua shows a “new” Pony 0-4-0 in its 1987 catalog (MSRP: $54) with four road names: New York Central, Norfolk & Western, Northern Pacific, and Virginian. That collection appears again in 1988, but the Pony goes missing from Mantua’s 1989 catalog. Examining annual product catalogs, there’s no return for the company’s Pony & Tender 0-4-0 in the 1990s and on through the final 2001 catalog for the second-generation Mantua releases.

Mantua’s description in its 1978 catalog for its Pony & Tender 0-4-0 steam locomotive stated, (i)n the early era of steam locomotives, there were frequent revisions and adaptions to locomotives to provide for specific needs. Operated primarily by a few Southern lines, this 0-4-0 configuration used a larger tender to provide for heavier coal loads. It hauled inter-city freight. 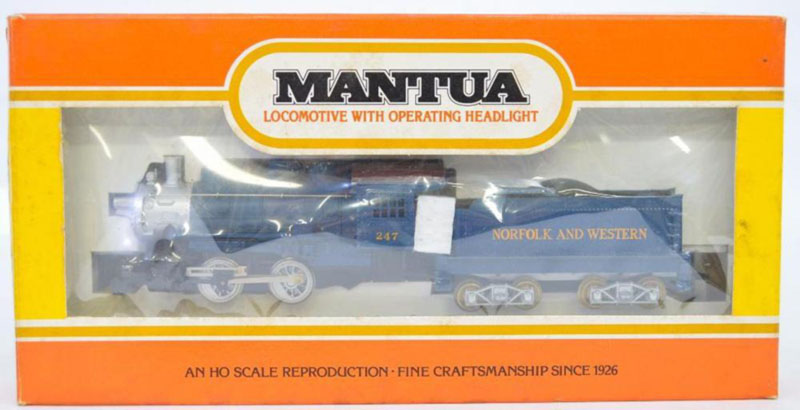