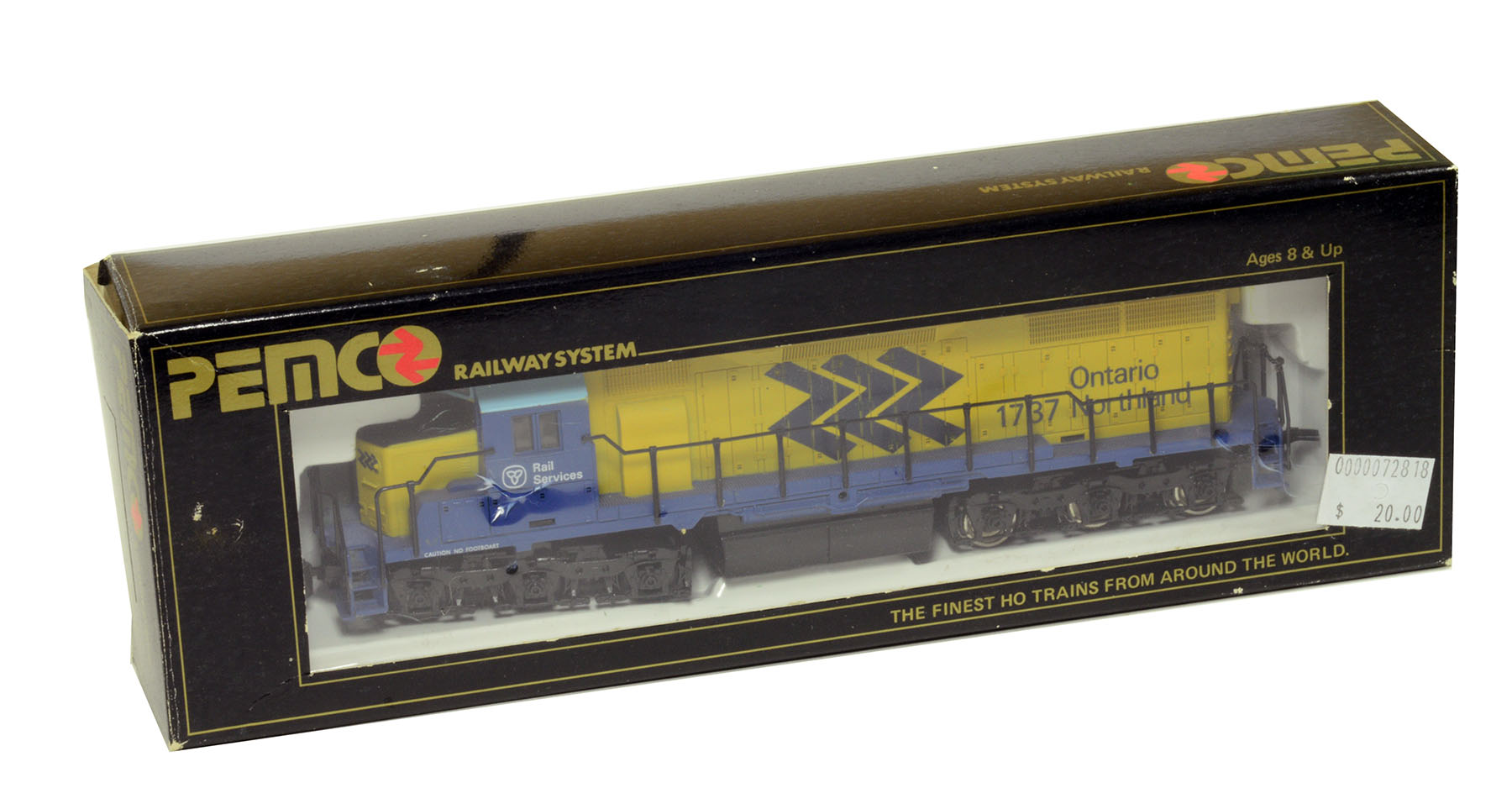 Reviewing Pemco’s SD35 shell, one would quickly note that it looks to be a close relative to the Atlas-Roco produced SD35 model. The Atlas model was first offered in the mid-1970s and more information may be found on the HO-Scale Trains Resource Atlas webpages. As was sometimes done, one can assume the Atlas-Roco SD35 was the inspiration for this Pemco shell. As with other Pemco clones, the SD35 is not an exact clone of the Roco-made Atlas unit. The model features tread pattern on its walkways, which is a rare addition to any HO diesel shell of its time. The drive unit is typical of those found on Pemco offerings.  One truck is powered by a combination of gears located above the wheels. Both trucks feature talgo couplers. The model returned from IHC Hobby with a different drive mechanism some years after this 1980 Pemco SD35 release was offered.

The Onatrio Northland model is not among the listings for SD35 releases in any Pemco literature. Speculation would be that it might be an Aurora release, as most other Canadian road names were in this line. However, this example appears in a Pemco box.

This undecorated SD35 model came with Pemco’s exploded parts diagram and black flexible handrails. The labeling on both ends of the box simply states “PLAIN” for the road name.