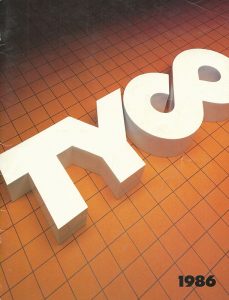 The series of “Railroad Empire” train sets from TYCO first appear in the company’s 1986 product catalog. This train set name would remain in TYCO’s catalog through the final appearance for the manufacturer’s HO-scale electric train line in 1993.

Appearing during the years that TYCO’s train offers were shrinking, the “Railroad Empire” and follow-up “Railroad Empire II” train sets were well-appointed releases that provided a great sampling of the company’s products.

ABOVE: Here’s the 1986 catalog appearance for TYCO’s “Railroad Empire” set.

Promoted as “The Ultimate Train Set,” this impressive release had much to offer and provided a solid start in the hobby of model railroading. The 1986-1989 “Railroad Empire” (7429) included TYCO’s Alco 630 diesel locomotive decorated for Santa Fe with matching red Santa Fe caboose. For the most part, each rolling stock selection was part of an action accessory. Besides the caboose, only the silver Texaco tank car was a standard freight car model without a companion accessory in this set. TYCO included its 50-foot auto carrier (standard Frisco decoration) with eight automobiles (early 1980s plastic cars introduced with the US-1 Trucking line) and unloading station. The other freight car/accessories included the early 1980s-introduced pipe dump car (with operating pipe loader) and log dump car; and the horse car and depot set (40-foot Laramie stock car, horse figures, tractor cab with open trailer, and loading dock with fence). In addition, this train set came with a full color TycoScene layout board, operating crossing gate, Arlee Station kit,  24 poles & signs, and  power pack. 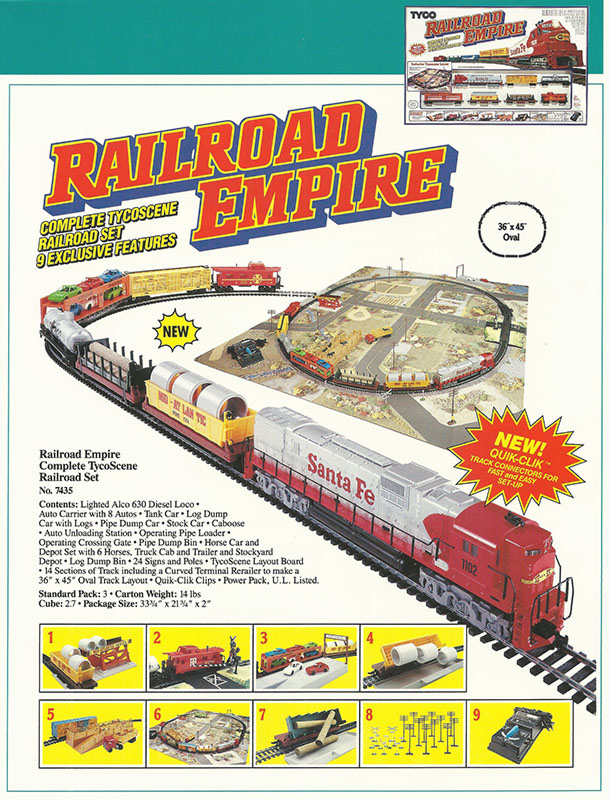 ABOVE: The slightly different “Railroad Empire” train set introduced in 1990.

For 1990, TYCO revised the contents of its “Railroad Empire” set and the release received a new 7435 stock number. Still an impressive collection of items in one train set box, the spotting differences between this 1990 offering and those present from 1986 to 1989 in TYCO catalogs appears to be this edition lacks the Arlee Station kit and gained “Quik-Clik” track connectors. By the time of this second version of TYCO’s “Railroad Empire” was offered, the substitution of items (Mehano-made releases in place of original TYCO Hong Kong models) was beginning. Notice, the stock car shown in the set is the former Pemco tooling model (though in the series of yellow blocks, you’ll see a TYCO stock model present). In addition, the red Santa Fe caboose (note the yellow stripe, herald, and lettering) and the silver Texaco tank car may both be former Pemco rolling stock (being produced by Mehano). 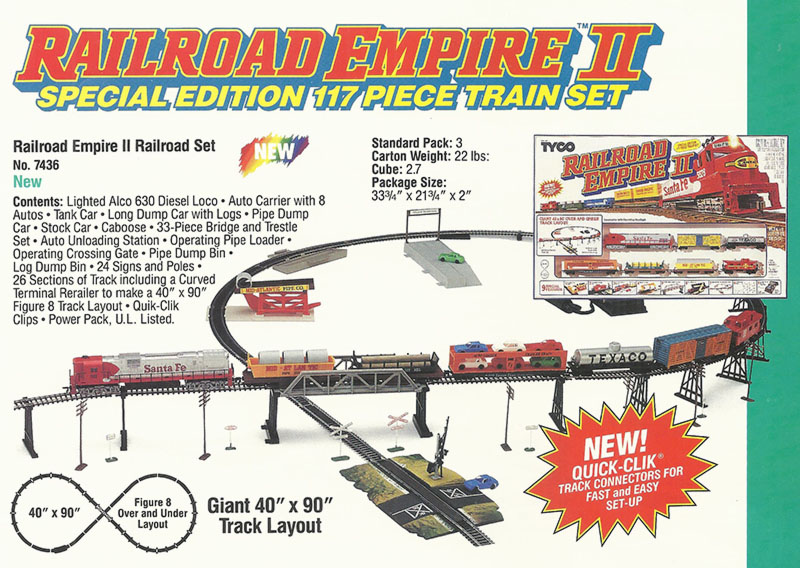 The track plan switches to a “Figure 8” over-and-under layout and the TycoScene layout board is absent from the previous incarnations. You’ll spot TYCO’s red-and-silver Santa Fe GP20 diesel and a consist that’s not consistent with either of these “Railroad Empire” train sets appeared on the box lid for these 1990s era releases. Additionally, this set is one that can appear with substitute items. For example, you’ll find Mehano’s low-nose Alco C-628 diesel locomotive (decorated in similar red-and-silver Santa Fe livery to the original Super 630 dress) shows up in these sets.