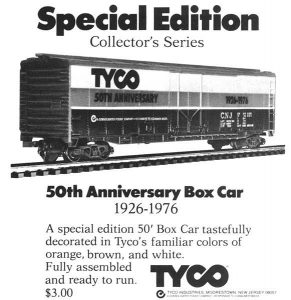 TYCO’s 1976 catalog is the 50th Anniversary edition for the company. The TYCO name does not actually date back to 1926, but refers to the formation of Mantua Metal Products. The special edition freight car was cataloged only in 1976 and markings refer to TYCO only and not Mantua. The “CNJ” reporting marks (but no number) refer to the Central Railroad of New Jersey (“Jersey Central”), which served TYCO’s home state. The legend in small type reads, “A Consolidated Foods Company: Responsive to Consumer Needs.”

The 50th Anniversary Box Car carries a unique catalog number separate from other examples of the 50′ Plug Door Box Car model. TYCO often would use the same base model and describe it differently to expand and enhance the rolling stock offerings. The Special Edition ad seen above was featured in a November 1976 issue of Railroad Model Craftsman magazine. 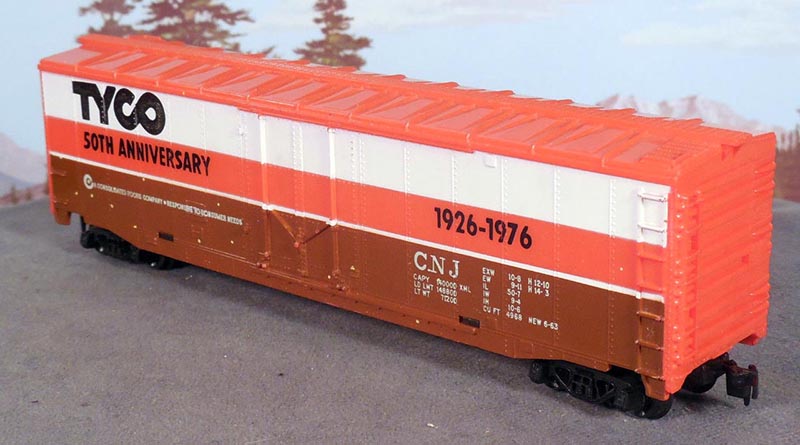 The example pictured below is the prototype model displayed in the 1976 catalog. Actual production run examples feature an orange roof and ends.