The back of TYCO’s 1961 product catalog includes a presentation for two special train sets. Marking the 100th Anniversary of America’s Civil War, TYCO produced two Centennial-series sets. One was the Blue Train – Centennial and the other the Gray Train – Centennial. Each featured similar components and retailed for $34.98. The sets appeared in TYCO’s 1961 and 1962 annual catalogs. 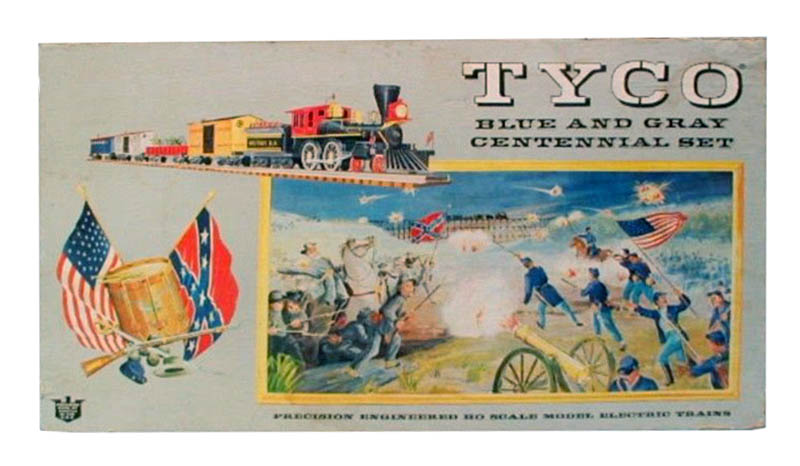 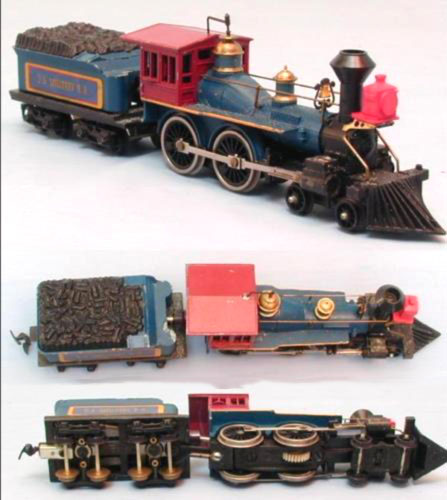 TYCO promoted its 1860-series as providing models of, “(t)he true dawn of America’s growing railroad empires. Trains exactly like these played a great role in both peace and war. Car for car Tyco duplicates them in authentic scale and detail.

In addition to making special appearances in the 1961 Centennial sets presented here, TYCO used this 4-4-0 steam locomotive and tender in the early 1960s in its Dixie Belle, Golden West train set offerings.

Rolling stock included in the 1961-1962 Centennial train sets included most, but not all examples in TYCO’s 1860-series line. The platform car was sold with three large barrels as a Water Car (No. 322) and a Passenger Coach (No. 513) was also produced in the same 1860-style as the Combine provided in these sets.

TYCO offered its Civil War Cannons (No. 852) as a separate item. They sold for only 49-cents and came bagged. 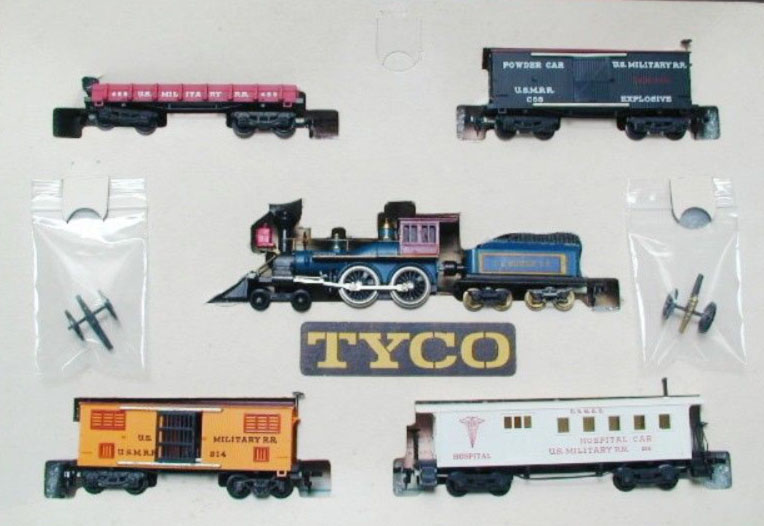