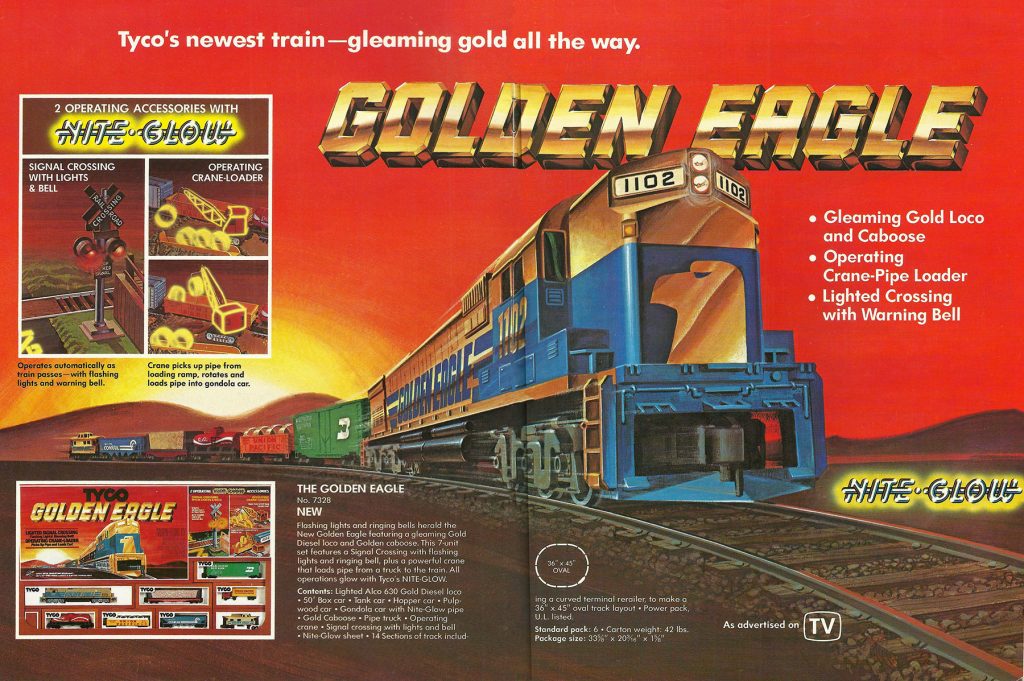 TYCO’s gleaming Golden Eagle (No. 7328) is new and only appears in the company’s 1980 product catalog. In addition to gold plating, the set included TYCO’s famous Nite-Glow glow-in-the-dark stickers and pipe sections for the gondola. The set’s extra accessories included the Operating Crane Loader and Signal Crossing with Lights, Bell, and Nite-Glow (both new in 1980 and offered outside this train set as a separate releases). The track plan included 14 sections of Tru-Steel pieces to construct a 36 x 45 inch oval. A standard TYCO power pack was included with the set.

The set came with a blue and gold Super 630 diesel locomotive. Similar to TYCO’s chrome plating, the gold finish on this model and its caboose featured the shiny plated finish. By this point, handrails were no longer the required safety features for TYCO’s HO-scale diesel locomotive models that they’d once been. Both artwork illustrations and model samples show no flexible black plastic handrail sections present.