The set came with a Chicago, Burlington & Quincy (CB&Q) GP20 diesel locomotive, flatcar with tractors, 50-foot boxcar (both New Haven and Santa Fe models appear in catalog images), gondola with culvert pipe, autoloader with six autos, and caboose. The track plan provided one of TYCO’s largest layouts building out to 40 by 96 inch over & under plan. TYCO’s 33-piece bridge & trestle set was included in this release, as was the 24 signs and poles set. 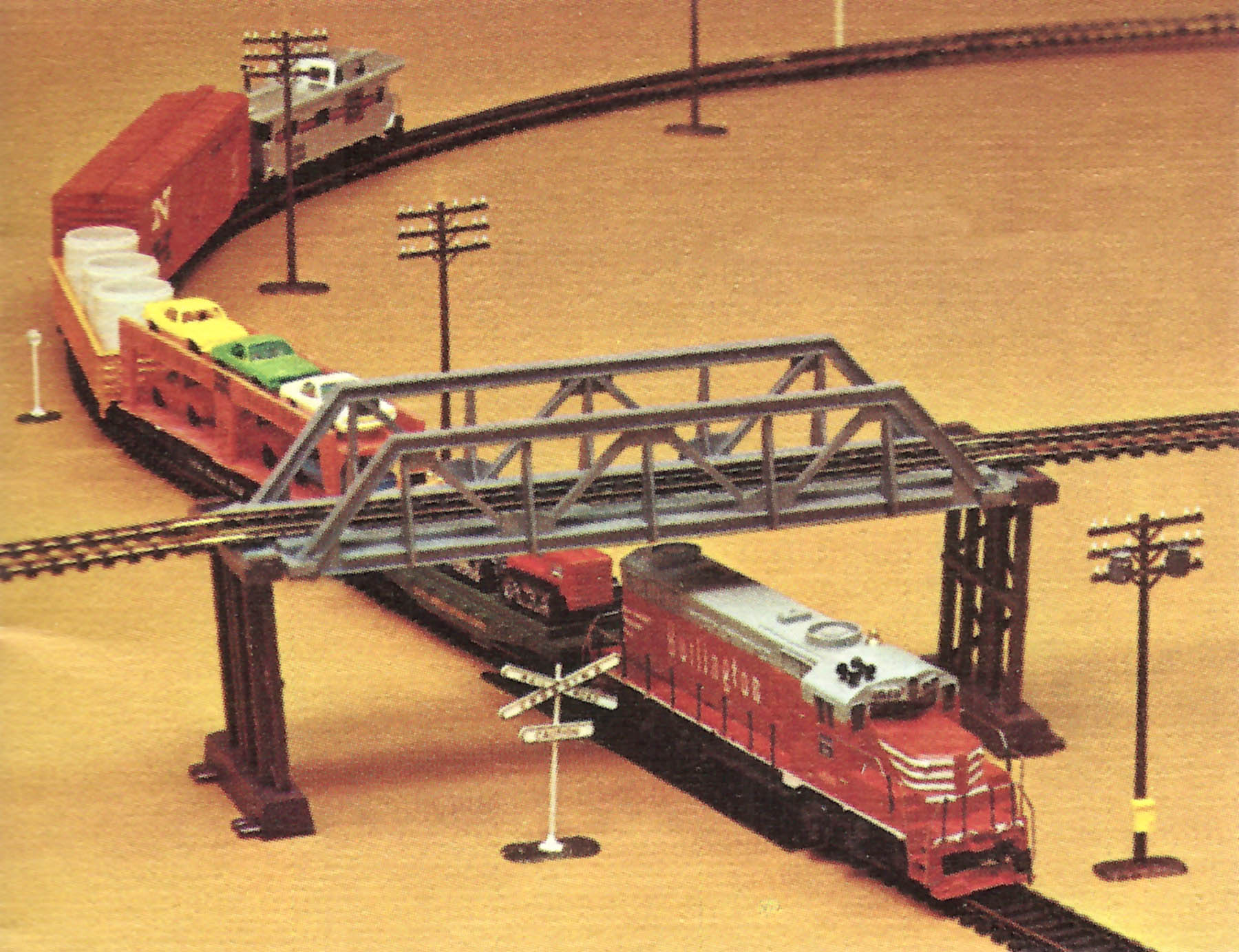